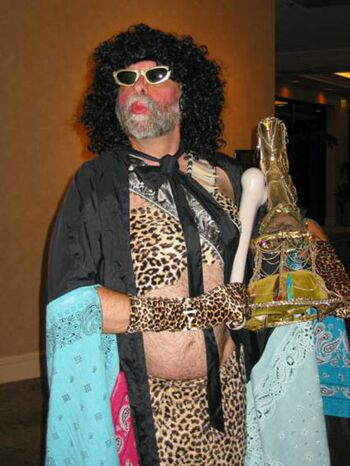 Gypsum Rock Lee was the winner of the Honky Tonk Queen contest in 2003.
For personal appearances, please consult Paul Asente.

Gypsum Rock Lee won the HTQ crown during the "Minsky's Burlesque" version of the HTQ contest. The proposed basic rules that night:

Retrieved from "https://iagsdchistory.mywikis.wiki/w/index.php?title=Gypsum_Rock_Lee&oldid=19129"
Categories:
Cookies help us deliver our services. By using our services, you agree to our use of cookies.