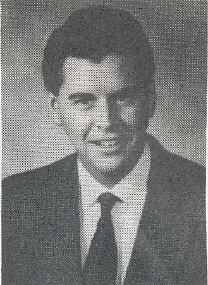 Craig began square dancing in 1974 and shortly thereafter called his first tip at an amateur callers night. That first tip produced a number of calling jobs in the Northwest Indiana and Chicagoland area. As a high school student, Craig knew he wanted to pursue square dance calling as a profession and after high school, he used his calling to help finance his education at Valparaiso and Purdue Universities.

Since 1983, when Craig began calling on a full-time basis, he has been featured at festivals and conventions throughout the United States, Canada and Europe. He is currently on staff at many square dance vacation resorts such as Copecrest, Dillard GA, English Mountain, Sevierville TN, and Lionshead, West Yellowstone, MT.

Craig is an accredited member of Callerlab and licensed through ASCAP/BMl. He is a graduate of the Frank Lane Callers School, Estes Park, CO., and is a recording artist with ESP records.

During the winter months, Craig, along with his wife Julie conducts a square dance program at Sun Vista and Cocopah Bend R.V. resorts in Yum;, AZ. During the summer, when they are not traveling, they live in Hagerstown, MD.[1]

Retrieved from "https://iagsdchistory.mywikis.wiki/w/index.php?title=Craig_Rowe&oldid=21298"
Categories:
Cookies help us deliver our services. By using our services, you agree to our use of cookies.