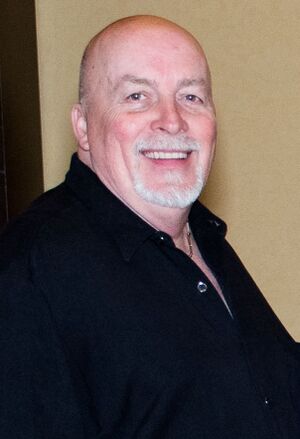 Don started dancing in 1975, and began his career as a caller by teaching a group of teens to square dance in the same year. About a year later a well known caller relocated to the U.S… This changed Don’s calling workload from one night a week to five nights a week. Don has held executive positions on MASDA, CVCA, and MACA and is a member of CALLERLAB. He has also appeared on 4 different television shows to promote Square Dancing.

In 1988 a dream became a reality when Don opened the doors of a full time Square Dance hall. Don operated and called at the hall seven nights a week for many years. A different level was danced each night.

As of June 2004, after 36 years, Don retired from his job of Technical Advisor in a lithography company. He now has more time to spend traveling and calling square dances, an activity he loves so much.

Don has two sons, both of whom share a passion for sports with him. Don and Avena live in Montreal and call for clubs that dance Mainstream thru C2. The summer schedule is also very busy with regular workshops at all levels.

In addition to his club activities, calling engagements have taken him throughout Canada, many states in the U.S, as well as England, Germany, Denmark, Sweden, France, Austria, and the Czech Republic.

Don strives very hard to structure the choreography so that it is interesting and creative. Don also spends many hours in his selection of music, which is always appreciated by the dancers His ability to challenge and bring out the best in dancers at all levels is attested to by the zealous enthusiasm displayed by all who attend his dances.[1]

Retrieved from "https://iagsdchistory.mywikis.wiki/w/index.php?title=Don_Moger&oldid=21373"
Categories:
Cookies help us deliver our services. By using our services, you agree to our use of cookies.