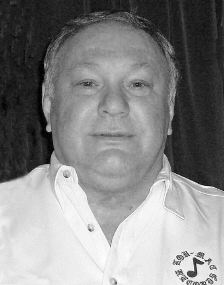 Don Wood's interest in Square Dancing began in 1959. After lessons, he was introduced to calling by his instructor. He left square dancing for several years while in the service but rejoined the activity in 1979. In 1981 he began calling in earnest, and with the help of several national callers has begun to make his mark. Mr. Wood calls through the C1 level with an occasional venture into C2. He has been features at several festivals and square dance resorts throughout the country and maintains a successful home program in the Seattle/Tacoma area.[1]

Retrieved from "https://iagsdchistory.mywikis.wiki/w/index.php?title=Don_Wood&oldid=21322"
Categories:
Cookies help us deliver our services. By using our services, you agree to our use of cookies.