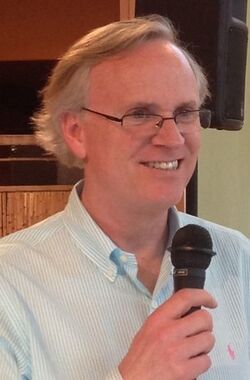 From the Program Book for the 3rd IAGSDC Convention, held in San Francisco in 1986:
A protege of Dave Stevens and Jhohnny Preston, Eric is affectionately known as the "Yuppie" caller for youthful appearance and "upwardly professional" calling ability. One of our headline callers, Eric has been calling since 1980 and became a Callerlab member in 1982. Currently calling for clubs in Santa Rosa, Concord, and San Anselmo, California, he resides in Corte Madera with his wife, Jennifer, and their son, Richard.

Retrieved from "https://iagsdchistory.mywikis.wiki/w/index.php?title=Eric_Henerlau&oldid=10272"
Categories:
Cookies help us deliver our services. By using our services, you agree to our use of cookies.