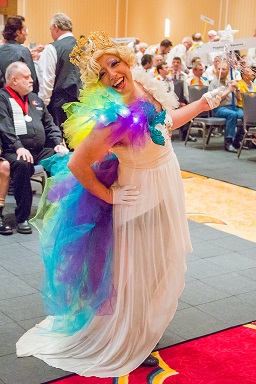 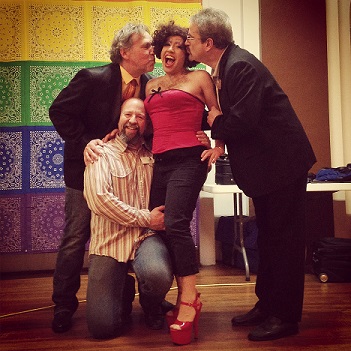 Olive de Bottom was crowned Honky Tonk Queen at Squeeze the Hive, the 2014 IAGSDC Convention in Salt Lake City. During her reign, she would NOT be caught without her regalia, traveling with the crown and sash wherever she went. Tragically, after 10 short months of glory, her reign came to a premature end when Mary,Wanna? wrestled the crown from her, leaving Olive to join the ranks of Old Queen.

Since then, she's managed to cling desperately to the spotlight, trying to prove that Old Queens still got it!


Olive's social secretary is rumored to be Kelly Shortandqueer.

Retrieved from "https://iagsdchistory.mywikis.wiki/w/index.php?title=Olive_de_Bottom&oldid=14142"
Categories:
Cookies help us deliver our services. By using our services, you agree to our use of cookies.