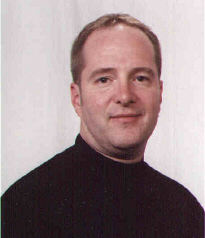 Todd started dancing at the age of 8 in 1969 and started calling when he was 13. After graduating from Quinnipiac college with a BS in Accounting he started calling full time. He was born and raised in Meriden, Connecticut where he currently resides. Todd calls Mainstream through C-l. He has a strong home program and has called in 18 states, Canada, and Sweden. He is currently an Associate Staff Caller for the National Advanced and Challenge Convention. He has called for the Montreal Convention, Delaware Valley Festival, American Advanced and Challenge Convention, Texas Challenge Convention, and other weekends. He is looking forward to calling for the IAGSDC conventions this year and next year. Through his travels, Todd has enjoyed the many friends he has made in the square dance activity.[1]

Retrieved from "https://iagsdchistory.mywikis.wiki/w/index.php?title=Todd_Fellegy&oldid=21505"
Categories:
Cookies help us deliver our services. By using our services, you agree to our use of cookies.