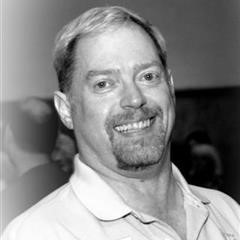 James begin square dancing in 1969 or 1970 as a pre-teen with the Rancho Rascals in his hometown of San Pablo, CA. Has danced with several (non-LGBT) square dance exhibition groups and toured Romania & Czechoslovakia in 1980 (before the Berlin wall fell). He found gay square dancing in San Francisco 1983.

Retrieved from "https://iagsdchistory.mywikis.wiki/w/index.php?title=James_Ozanich&oldid=22250"
Categories:
Cookies help us deliver our services. By using our services, you agree to our use of cookies.