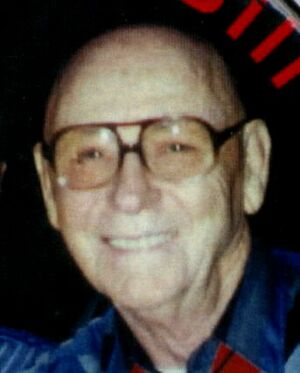 In 1993, Keith Snowdon presented Stan, Bill St. John, and Anna Damiani with the Golden Boot Award.
In 1994, they presented the award to Bill Eyler and Luis Torres.

STAN BOYDEN CAPTURED A DIFFERENT AGE
"As in any community, the elders leave behind gifts for those who come after. I will cherish the gifts of love, respect, and dignity Stan Boyden leaves for us. He watched the modern gay community come of age. We will carry on forever what Stan's generation set in motion, in his memory and in his honor," says Stan's friend through square dancing, Bob Young. Long-time Sacramento resident Stan Boyden died peacefully on September 6, 2005.

Stan was born, and raised in Utah, January 9, 1922, and served as a submariner in the Pacific theater during WWII. One evening in San Francisco – May 5, 1950 -- he locked eyes with Bill St. John, and they set out to build their lives together. Working in the city, they made friends with many of those who founded the first gay-rights movements (Mattachine Society, One, Daughters of Bilitus, etc.).

They retired early to Mexico, remaining there for ten years before moving to Texas, where they started square dancing –– a hobby that became a life-long passion for them. Learning that Sacramento had GAY square dancing, they moved here in the early 1980s and joined Capital City Squares and its advanced-dancing counterpart Prime-8s.

They also joined the TNTs, the straight club that teaches advanced and challenge moves, and eventually were elected co-presidents. In this capacity, they were instrumental in integrating the gay and straight square dance world. They attended numerous straight conventions, as well as every annual gay convention.

It was at these conventions that they met friends such as Bob Young, known to most as Tami Wynotte. Another square dance friend, caller Anne Uebelacker, remembers Stan’s humor. One evening a group of friends got together in Stan’s hotel room. As she sat on the corner of his bed, Stan grinned and said "This is the first time I remember having a woman in my bed!"

Freeman Stamper ("MamaJo" of the dancing-in-drag "The Bradley Family") says the Bradleys’ always felt welcomed and appreciated in Stan’s presence, and that Stan seemed to love the wild side and the glitz.

Stan leaves behind his devoted long, long, long-time companion Bill, his brother Tom of Carmel, and scores of friends in Sacramento, San Francisco, Mexico, and throughout the nation’s square dance community.

Memorials may be made in his name to the charity of your choice. In honor of his love of Sarah Vaughan (whom he had a chance to see at New York’s Carnegie Hall!), let’s sit back and listen to her sing "Lovers Concerto," and toast Stan and Bill’s 55 years of memories and good times with the dry gin martini they loved.[1]

Retrieved from "https://iagsdchistory.mywikis.wiki/w/index.php?title=Stan_Boyden&oldid=21134"
Categories:
Cookies help us deliver our services. By using our services, you agree to our use of cookies.